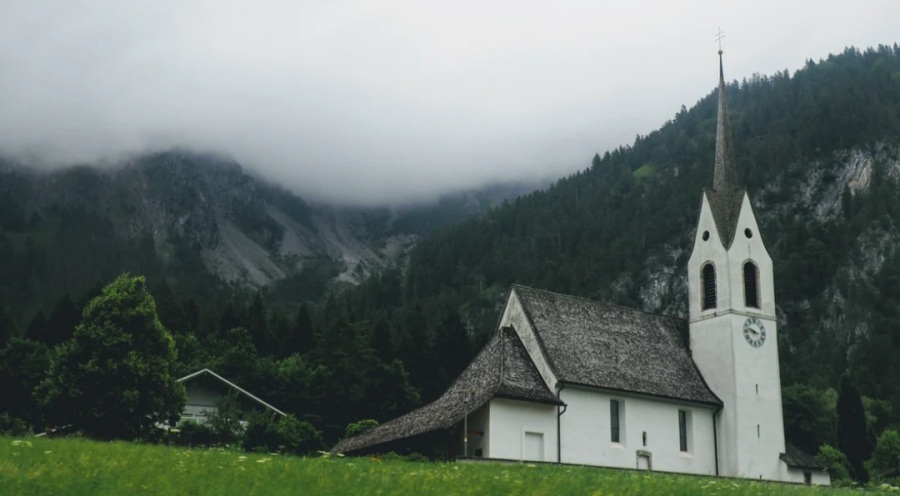 It crept in slowly but steadily. A little here and there. Just a little bend on sexual morality. Maybe it started with “Jesus can’t really expect us not to ever lust after someone who isn’t our spouse.” Just a tiny shift in ethics. Someone had to think, “well it’s not that big of a deal. Everyoneis doing it.” It wasn’t much but it was a spark that seemed to land on kindling. Before we knew it, the people in the church became indistinguishable from the people out of the church. The small compromise became great.

The progressive Christian movement and others like it in the church today likely started how the issues in the church in Pergamum started: one small compromise at a time. I can have compassion for those in the progressive movement as I too have fallen for aspects of their doctrine. Yet, in assimilating to culture, we are rejecting the object truths of God’s word. This creates a life threatening problem to the church that we need to be vigilant against.

Write this letter to the angel of the church of Pergamum. This is the message from the one with the sharp two-edged sword:

I know that you live in a city where Satan has his throne,yet you have remained loyal to me. You refused to deny me even when Antipas, my faithful witness, was martyred among you there in Satan’s city.

But I have a few complaints against you. You tolerate some among you whose teaching is like that of Balaam, who showed Balak how to trip up the people of Israel. He taught them to sin by eating food offered to idols and by committing sexual sin. In a similar way, you have some Nicolaitans among you who follow the same teaching. Repent of your sin, or I will come to you suddenly and fight again them with the sword of my mouth.

Anyone with ears to hear must listen to the Spirit and understand what he is saying to the churches. To everyone who is victorious I will give sone of the manna that has been hidden away in heaven. And I will give to each one a white stone, and on the stone will be engraved a new name that no one understands except the one who receives it.

We must first note that even in the face of severe oppression, this church did not deny Jesus. They lived in a place where, as Jesus put it, Satan had his throne. Goodness didn’t abound in Pergamum. Rather, evil reigned. Even so this church is praised for not recanting their faith. What boldness this must have been to see a fellow Christian die for Jesus and to still claim faith!

Yet, if core doctrine is compromised, is it still Christianity? They stood up for the name of Jesus, yet they ignored some of his teaching. While we are all guilty of this at to some extent, if let go far enough, we could easily end up with a religion that resembles true Christian doctrine so little that we cannot even call ourselves Christians anymore.

The exact teaching isn’t specified, and, as stated in the blog on the church of Ephesus, we know little of the Nicolaitans. Yet we can gather a this from Christ’s words to the church: there was compromise that lead to corruption. In Numbers 22-25 we read the crazy story of Balaam. The Moabite king, Balak, tried to hire Balaam to curse the Israelites. While God did not allow him to curse them, Balaam is attributed to having the idea to encourage the Israelite men to have sex with Moabite women which encouraged them to then worship the God of Moab thus dividing the people and causing the outbreak of a deadly plague (Numbers 25; 31:8,16). This compromise of their morality encouraged assimilation to a completely different culture and religion.

This was the same issue happening in the church of Pergamum. There was threats to their lives and livelihood for being Christian. The Roman empire was not kind to those who didn’t worship the emperor. Compromise was the easy route. Assimilation to the surrounding culture seemed they could have Jesus while living like those who didn’t. But that isn’t how compromise of object values and morality work. If let to blossom to it’s fullest form, in the end, claiming the name of Jesus or not, they wouldn’t be worshipping the same god as the God of christianity.

I don’t think it’s far fetched to say that the church today also is in danger of assimilation to non Christian ethics. I’ve seen the slow fade in myself and others when compromise creeps in. Of course, we are to be in the world. We are to associate with non believers. We are to love them and be their friends. But we are also not to be of the world. Being friends with sinners doesn’t mean we sin along side them. Yet, in effort to be loving and non judgmental, some Christians not just accept people who do wrong, they affirm them. They compromise. If left unchecked, they soon become so like culture, we can’t distinguish them from non Christians.

The only cure for compromise is repentance. We aren’t doing ourselves or others any favors by letting sin persist. True love for ourselves and others is not affirming wrong, but showing that God values people so much that he doesn’t want them to continue in their brokenness and that His grace is enough to cover them. We must turn from our softening and changing of the gospel no matter the cost. We must actually believe that God is enough, He is as good as He claims, and whatever struggle we face in standing firm for Him, He has far better in store for us.

We tend to compromise because it’s more appealing than the current suffering and strife that we are undergoing. This is short term living. If we take God and the Bible at it’s word, we have to believe that our life persists for more than this moment. Compromise won’t scratch and eternal itch. But repentance from compromise will lead to an intimacy with the Creator of the universe that we’ve never know before and an eternal satisfaction. In the moment, I may want some comfort. But I am continually fighting against my flesh and repenting so that I can bear a new name and share in the manna from heaven. I want that for you too. Therefore, I will always aim to share the hard truth of the gospel with you because I love you and God enough to not compromise.

Hello beautiful people! My name is Rachel and first and foremost I am a disciple of Christ. I am also a proud Michigan dairy farmer with the hope to one day partner in taking over my family farm. I am a wife and fur momma working daily to grow into a better, God-fearing wife and real momma. I'm a self proclaimed chef and an aspiring oly weightlifter. This is the documentary of my failures and blunders through my life that are growing me into being the woman God designed me to be. I am sharing my journey in order to help others learn from my mistakes and have God's strength be highlighted in my weakness. Thanks to everyone who takes time to listen to my ramblings! View all posts by Rachel Hagaman